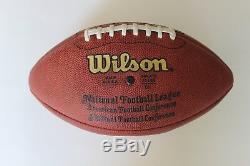 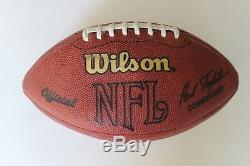 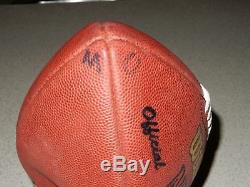 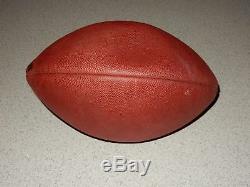 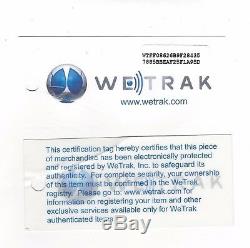 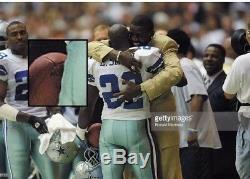 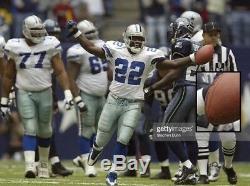 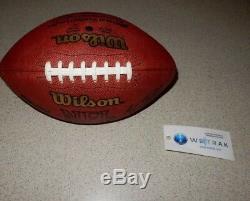 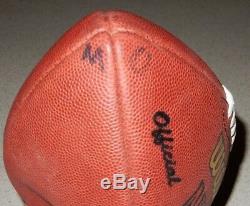 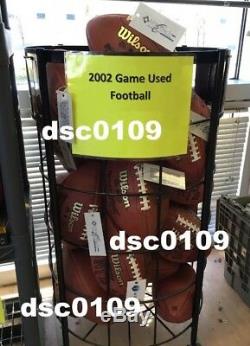 For your Dallas Cowboys/Emmitt Smith collection. For sale is this authentic NFL Paul Tagliabue Dallas Cowboys Game-used Wilson Football. Authentication is provided by WeTrak as shown. The initials MC on tip of football were marked by Mike Carey who was the referee in the Oct 27, 2002 game against the Seahawks.

During this game Emmitt Smith broke Walter Payton's record on an 11-yard run with 9:10 left in the game. He finished with 24 carries for 109 yards, both season highs, and has 16,743 yard over his 13-year career. Payton had 17,726 yards over 13 seasons. Of course, this was not the ball used on that play, but it was definitely used in the game and it is more than likely that Emmitt Smith carried this ball at some point in that game. Please be aware that the ball has minimal air in it and I can't say that it will hold air when full.

The seller is "gfelden" and is located in Reading, Massachusetts. This item can be shipped to United States.