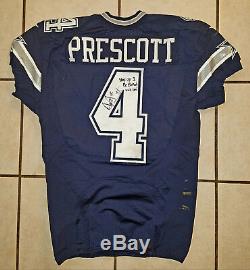 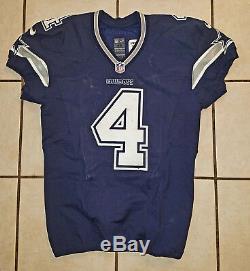 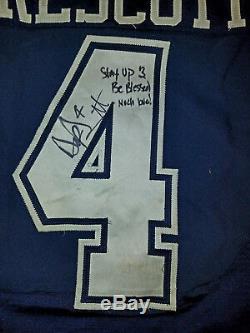 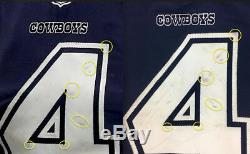 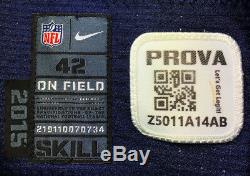 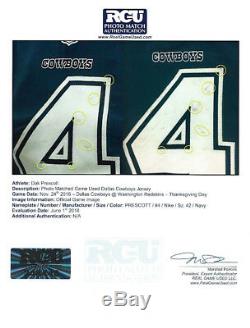 Offered here is a Dallas Cowboys rare navy alternate jersey that was worn by Dak Prescott during the 2016 NFL season which was his rookie campaign. The jersey is photo matched to a contest versus the Washington Redskins where Prescott was responsible for two touchdowns during the victory.

This size 42 Nike jersey is tagged "2015", "SKILL" indicating the year of manufacturing and the cut of the jersey. The garment shows excellent game use with dirt, ball marks, and field paint. There is a bold signature and inscription on the rear "4". Dak is arguably the most exciting young quarterback in the NFL with a dynamic throwing and rushing skills. This is the only navy full game jersey from his rookie campaign that i have seen in the hobby which makes this an exceptional find for any game used collection.