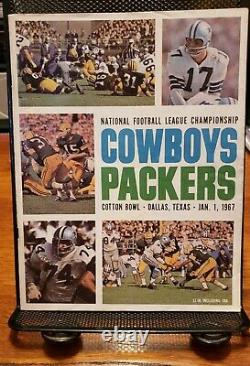 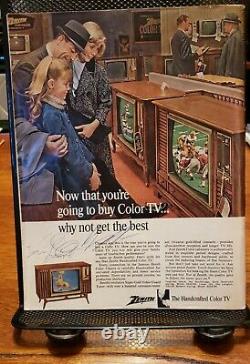 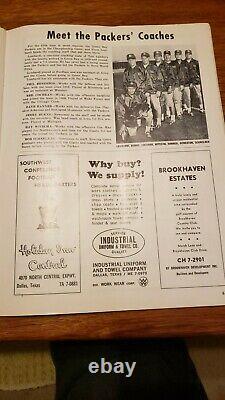 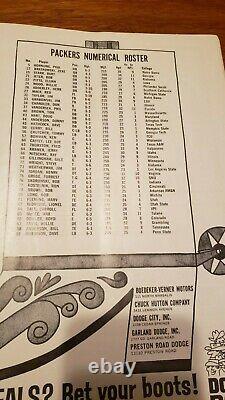 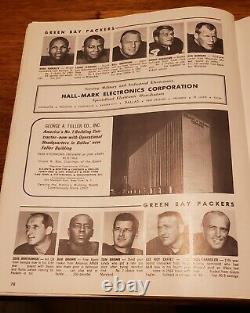 1966 NFL Championship Game Program Green Bay Packers vs Dallas Cowboys - EX+. Vintage, hard-to-find copy of the 1966 NFL Championship Game between the Packers and Cowboys at the Cotton Bowl in Dallas. This great game is often obscured by the more publicized "Ice Bowl" game played the following season in Green Bay. The 1966 game was another true classic, going down-to-the-wire and ending when Tom Brown intercepted Don Meredith's desperation pass in the end zone to seal the game for Vince Lombardi's Packers, 34-27. The program has a bit of scribbling in the lower left corner of the back cover (see photos) but other than that the program is in fine shape. Also, the two main side-by-side rosters insert pages are missing. However, both teams' rosters are shown in several locations throughout the program. The item "1966 NFL Championship Game Program Green Bay Packers vs Dallas Cowboys EX+" is in sale since Tuesday, December 22, 2020. This item is in the category "Sports Mem, Cards & Fan Shop\Vintage Sports Memorabilia\Publications\Programs\Football - NFL".